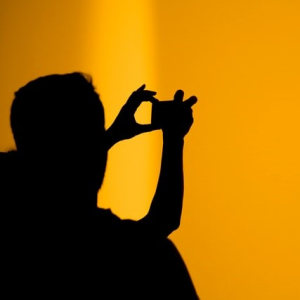 Have a look at the three beautiful illuminated manuscripts, treasures of the Old Library, and other digitised books from the collection.
Over 200 manuscripts and printed books have been digitised and can be consulted online, through the Old Library catalogue.
These include courses taught between the 17th and the 19th century in the English Seminary, Scottish College and Irish College in Paris, three manuscripts defending Catholicism against Anglicanism and Protestantism, a selection of printed books on religious controversies in the 17th century are also among the digitised selection, an Irish-English dictionary printed in Paris in 1768, incunabulas...
The Historical Archives hold 19,000 records of the Irish College (letters, lists of names, photographs, account, maps, objects...) including more than 4,300 digitised items.
These projects were made possible thanks to the financial support of the Government of Ireland and the Direction régionale des affaires culturelles d’Ile-de-France - Ministère de la culture et de la communication and the Bibliothèque nationale de France.

This psalter is written in Latin, on vellum and was produced in Bruges circa 1500. Its binding dates from the 19th century.
View the digitised manuscript →

A psalter is a collection of psalms (biblical hymns). Richly decorated, it includes a fully illuminated page depicting the Tree of Jesse and a miniature of King David. A second miniature depicts the Office of the Dead, in addition to twelve illuminations representing the months of the year and the signs of the zodiac. A further nine pages feature richly decorated borders, ornamented with flowers, birds and butterflies. The coat-of-arms of the patron of the psalter consists of an azure-coloured lion set against a silver background; it figures nine times throughout the manuscript. It is likely that the illustration of the psalter was carried out in the workshop of Raphael Marcatellis, a bibliophile from Bruges.

World chronicle with the descent of the kings of England

Produced in London, circa 1500, this manuscript in English traces the genealogy of the kings of England, from Adam and Eve to Richard III.
View the digitised manuscript →

The manuscript on vellum retains its original brown calfskin binding. It was produced in the manner of William Claxton, the first printer in England.
The manuscript contains illustrations in ink, representing The Last Judgement, The Fall of the Rebel Angels, The Creation of Adam and Eve and Noah’s Ark. Numerous genealogical trees of the kings of England are depicted, accompanied by 68 medallion portraits, including that of Richard III.
The secondary decoration consists of initial letters decorated with gold filigree, with others in blue and red ink.

Book of Hours of Notre-Dame

This Book of Hours written in Latin, on vellum, was created in Bruges, circa 1470.
View the digitised manuscript →

A Book of Hours is a collection of prayers used for private devotion. It was the most popular form of illuminated manuscript in the medieval epoch.
This manuscript features numerous initials, historiated initials and decorated borders. It is likely to be the work of the artist William Wyelant and his workshop. The cover dates from the early eighteenth century and is of English origin.
Unfortunately, the book is incomplete, as some 26 pages have been removed over time.